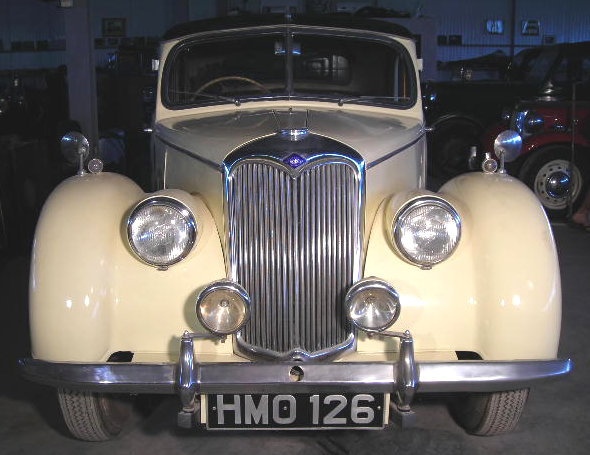 The RME was an updated RMA. It still used the 1.5 L four and featured a fully-hydraulic braking system. The body had an enlarged

rear window with curved glass and from 1954 no running boards. To improve acceleration the rear axle ratio was changed from 4.89:1 to 5.125:1.

Pretty curves all over !

The production started in 1952, and it was replaced by the Riley One-Point-Five in 1955. 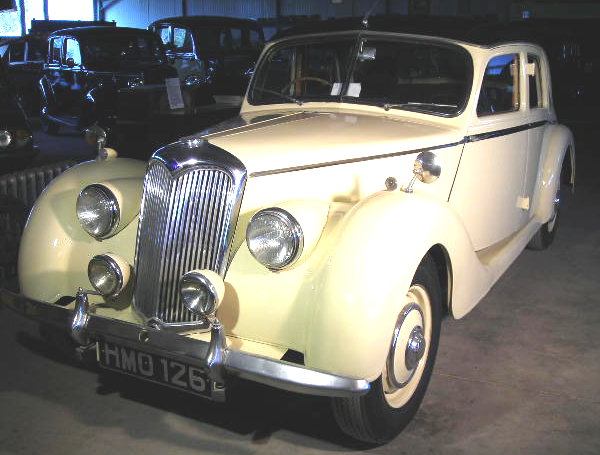 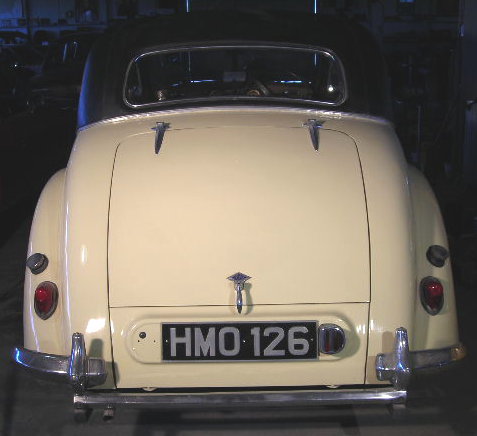 Lovely curves behind, too !

Captain Joe gives a Grammy for the magic design of this car. Without a doubt it is nicer than the Mercedes 170, and one of the prettiest that the museum owns.