The prettiest lights you’ll ever see! (USA Embassy in London) 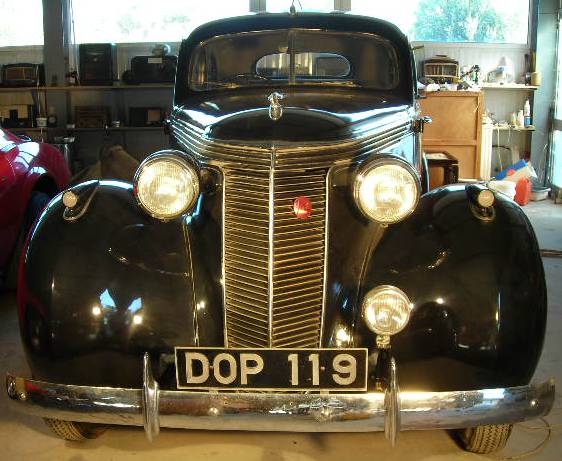 The Studebaker Dictator was an automobile produced by the Studebaker Corporation of South Bend, Indiana (USA) from 1927 through 1937. Model year 1928 was the first full year of Dictator production.

In the mid-1920’s, Studebaker began renaming its vehicles. The model previously known as the Studebaker Standard Six became the Dictator during the 1927 model year; internally these models were designated model GE. The name was chosen to imply that Studebaker’s model “dictated the standard” that other automobile makes would follow. 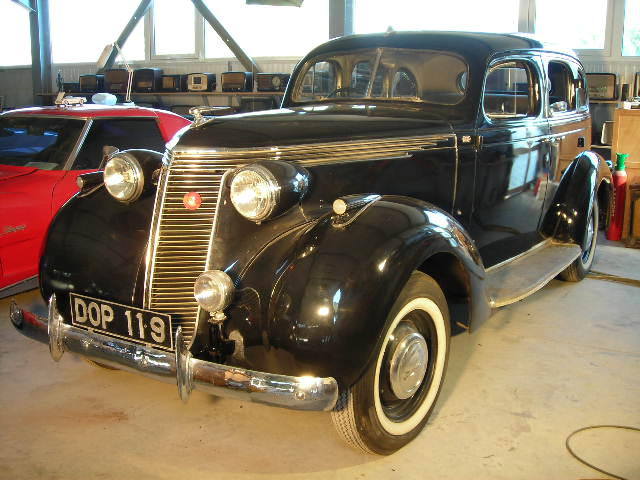 At the end of the 1935 model year, Studebaker suspended production of the Commander, marketing only its Dictator and President series in 1936.

He does look like a dictator, with a joint full of dope on the left of his mouth! 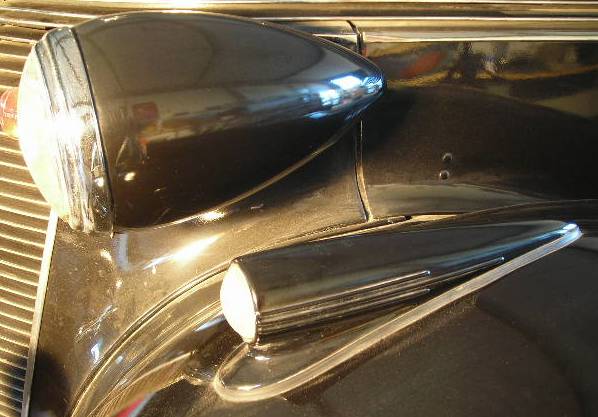 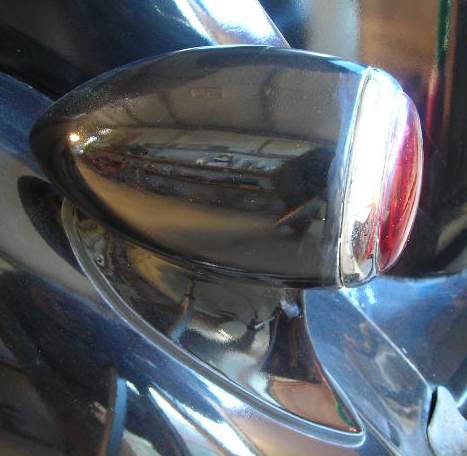 Consequences of the ‘Dictator’ name

In retrospect, the choice of the model name might seem unfortunate. Benjamin L. Alpers begins his history of American perceptions of dictators, Dictators, Democracy, and American Public Culture: Envisioning the Totalitarian Enemy, 1920s-1950s, with the introduction of the Studebaker Dictator: “There were, of course, some political problems connected with the name ‘Dictator’. A number of the European monarchies to which Studebaker exported the car were wary of the moniker. Diplomatically, Studebaker marketed its Standard Six as the ‘Director’ in these countries. In the United States, apparently, the name appears initially to have caused no problems.”

Studebaker had chosen the Dictator name at a moment when the only dictator that would have immediately come to an American mind was Benito Mussolini, who was widely admired in the US for the image of audacious boldness and strength that successfully sold cars, in spite of well-publicized fascist violence (Alpers 2003). However the rise of Adolf Hitler in Germany tainted the word dictator, and Studebaker abruptly and without fanfare (or surviving internal correspondence) discontinued the Dictator at the end of the 1936 model year, and replaced it in the 1937 model year and beyond with the Studebaker Commander moniker.

Did anybody ever say that the americans are not good designers? I bet you anything, that you have never seen more beautifully designed lights. 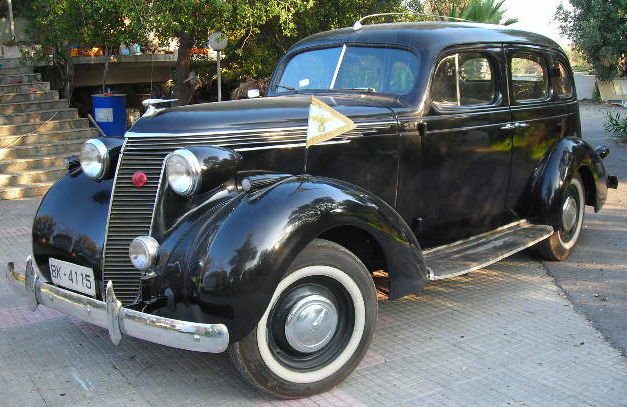 This car is one of the last dictators produced.

It was owned by the American embassy of London and it has been seen in a documentary with Sir Winston Churchill getting into this car.

It has a 6 cylinder engine with 3156 c.c. capacity. 6 Volt electrical system with the positive pole grounded and automatic choke.

Spacious inside with plenty of headroom and a decent boot.

It is, also, equipped with freewheeling*.

Both front and rear lights have exactly the same design.

*Freewheeling is the mechanism that allows the wheels to turn forward with the engine disengaged, while it is in gear. It provides fuel economy when you travel long distances. Not recommended for city driving, because the engine does not assist in deceleration, when the throttle pedal is not depressed. All bicycles have freewheeling. I think it comprises three or more balls in a simple, but effective mechanism. 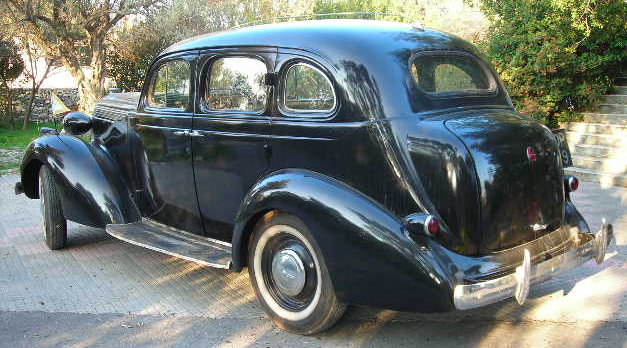 These photos were taken a day after the shooting of “THE ABDUCTION OF GENERAL KREIPE IN CRETE”. You can see the the the general’s flag.