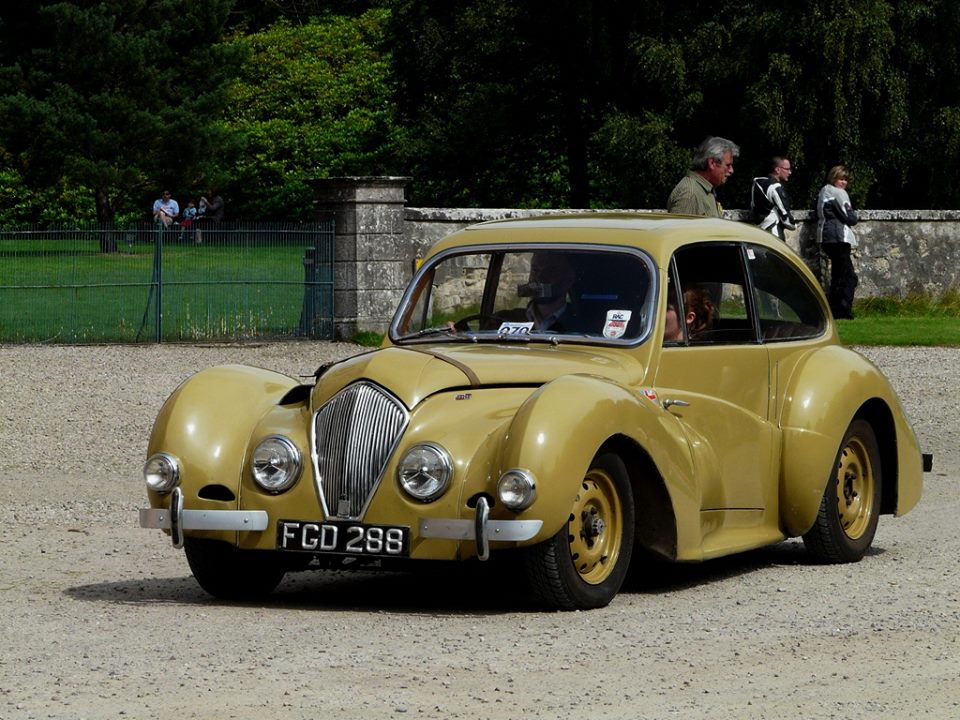 Most British cars in 1947 were carried over from 1946 which in turn, were similar if not identical to pre-war models. Any that were new were from companies that made cars in small numbers. Total car production was 287,000, most of which came from the big manufacturers Ford, Austin, Nuffield (Morris, Riley MG, Wolseley) Rootes (Hillman, Humber, Singer Sunbeam-Talbot) Standard-Triumph or Vauxhall.
1947 Healey 2.4 litre