The limousine that you see below, belonged to the president of the Rolls Royce aircraft engines in Canada. His car-park sticker is still on the windscreen. 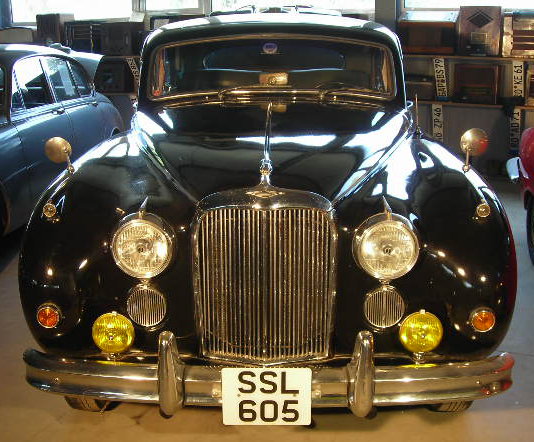 The Jaguar Mark IX (pronounced mark nine) was a large saloon carproduced by Jaguar Cars between 1959 and 1961. It replaced the previousMark VIII, and indeed differed little in exterior appearance except for the new

model name. It was replaced by the much larger Mark X in 1961. 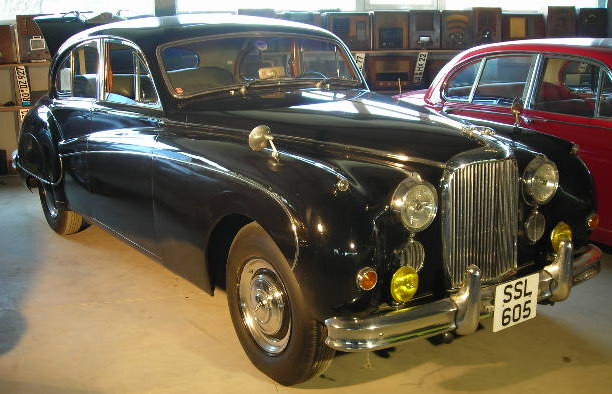 When this model arrived to America in 1959, it did not do at all well. It was a sheer commercial failure, because the new

style limousines with the long flat surfaces were already in circulation and the Americans did not fancy to get an “old fashioned” car any more. The shock of this commercial failure, was tremendous to the makers, and the factory came close bankruptcy! The following very successful smaller model, MKII, made for the European and American market, saved the company. 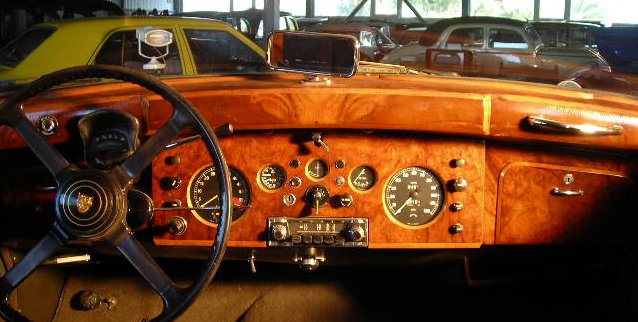 Internally, an enlarged-bore 3.8 L (231 in³), 220 bhp DOHC straight-6replaced the previous 3.4 L (210 in³) unit. Two SU carburettors were fitted. Four-wheel servo assisted Dunlop disc brakes and recirculating ball power steering were now standard equipment. The vehicle’s power and good brakes for a vehicle of the era, together with its impressive appearance makes it quite a common choice for classic car circuit racing, such as at theGoodwood Circuit’s ‘Revival’ meetings. The torsion bar independent front suspension and leaf sprung rear live axle was retained from the Mk VIII. 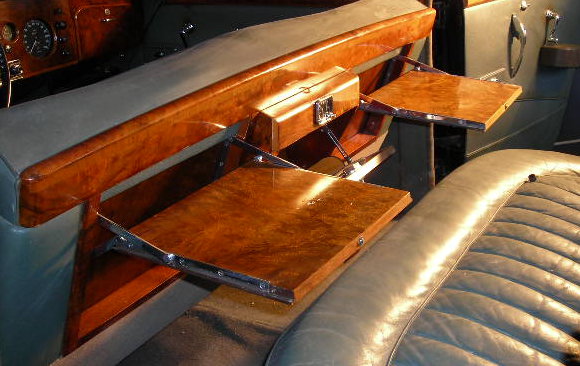 The body was very similar to its predecessor but the sunshine roof became a standard fitting on the home market. The interior was in the same luxurious mode with extensive use of leather and wood trim and deep pile carpet. A range of single and duo-tone paint schemes were offered.