This car may look like a Mini, but it is not ! 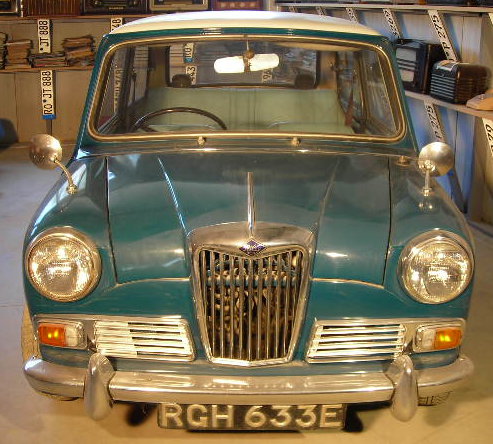 “badge-engineered” versions of its, by now, famous Mini saloon design, the Riley Elf and Wolseley Hornet. The Riley version was the more expensive of the two cars and could be distinguished by its Riley grille and badging. 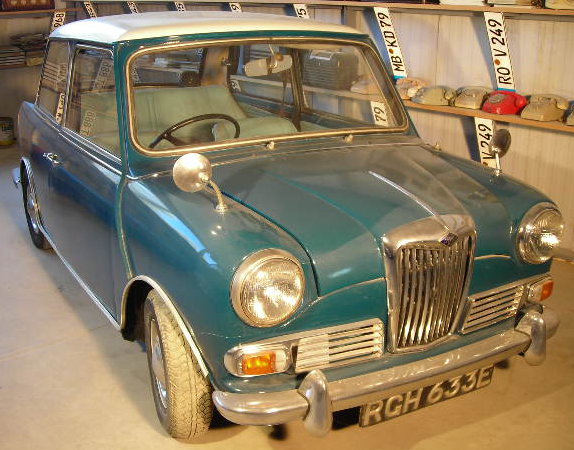 cars used a modified Mini bodyshell which featured an elongated nose/front wings to incorporate the upright grille designs. More importantly the rear of the car was considerably different, longer rear wings provided a much larger boot and gave a distinguished look.

Power came from a 34bhp, 848cc A-Series as found in standard Minis along with all the other usual Mini mechanical features. In 1963 a MKII arrived which used a 998cc engine to improve performance, a final MKIII came in 1966 which introduced wind-up windows

The wooden dashboard is plain with just 3 instruments ! 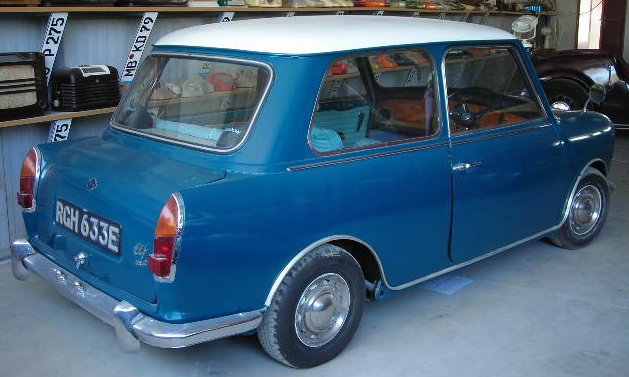 The difference of the boot design is quite distinctive between the Mini and the Riley Elf. It has a bigger capacity.