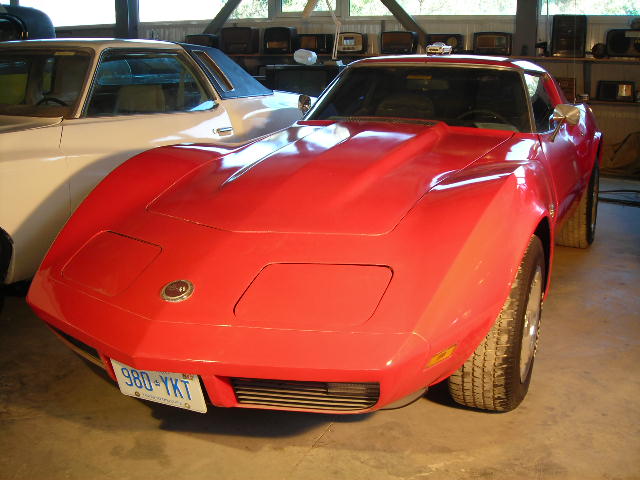 The  Chevrolet Monte Carlo, you see on the left, wears exactly the same 350 cubic inch engine.

A car with an unmatched performance! It really takes off, when you put your foot on the throttle pedal, with the 350 cubic inch engine on a relatively light body made of fiberglass…

Its performance reminds of an AC Cobra with the difference that this one is controllable and it can be kept on the road!

The Chevrolet Corvette is a sports car manufactured in six generations by General Motors (GM) since 1953. The first Corvette was designed by Harley Earl and named by Myron Scott after the fast ship of the same name. Originally built in Flint, Michigan and St. Louis, Missouri, it is currently built at a GM assembly plant in Bowling Green, Kentucky. TheNational Corvette Museum and annual National Corvette Homecoming, also located in Bowling Green, celebrate the car’s history. The third generation or “Shark”, patterned after Chevrolet’s “Mako Shark II” (designed by Larry Shinoda), started

in 1968 and ended in 1982. This generation has the distinction of being introduced to the motoring public in an unorthodox—and unintended—fashion. 1968 marked the introduction of Mattel’s now-famous Hot Wheels line of 1/64-scale die cast toy cars. General Motors had tried their best

to keep the appearance of the upcoming car a secret, but the release of the Hot Wheels line several weeks before the Corvette’s unveiling had a certain version of particular interest to Corvette fans: the “Custom Corvette”, a GM-authorized model of the 1968 Corvette. The 1968 corvette was not actually titled “Stingray”, although it was almost identical to the “Stingray” 1969 model. Nowhere on the 1968 models can the word “Stingray” actually be found.

The early Corvettes have an exceptionally high value. This corvette is a C3 made during 1973/74. 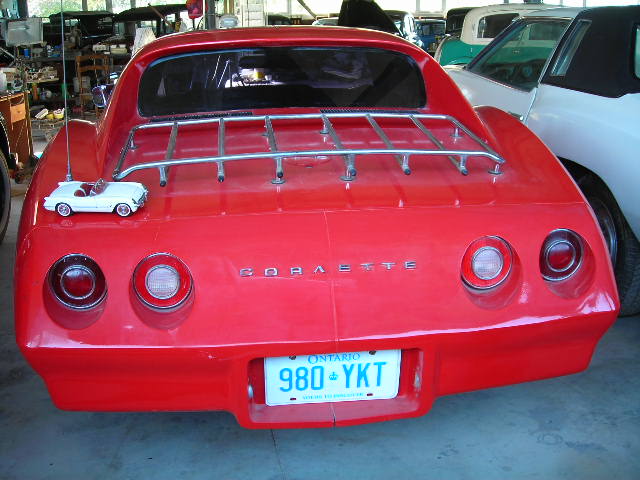 On top of the 1974 Corvette you can see a 1953 one! I think she is the very first one produced. You can’t buy it for love or money

the prices, she was worth around a quarter of a million dollars.