Or should I write: the most complex car of the second half of the 20th century, ever produced ?

You need to be a plumber to repair it !!! (the mechanics say that over here, and they could be right).

It feels like floating, when you drive in it. 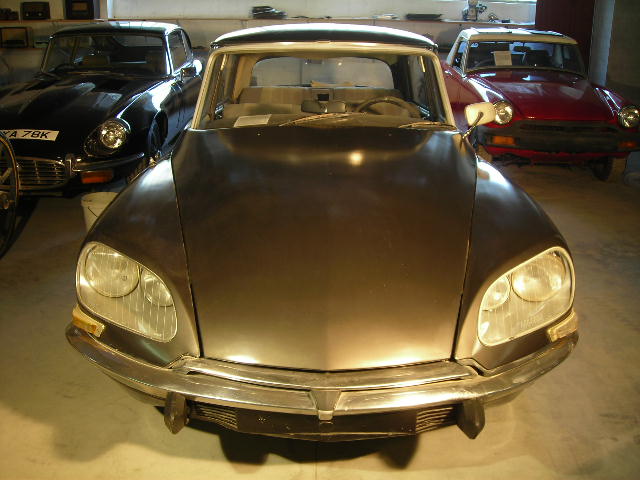 The Citroën DS is an executive car produced by the French manufacturer Citroën between 1955 and 1975. Styled by Italian sculptor and industrial designer Flaminio Bertoni, the DS is known for its futuristic body design and innovative technology, including hydropneumatic self-leveling suspension.

The DS advanced achievable standards in automobile ride quality, handling, and braking.Citroën sold nearly 1.5 million D-series during the model’s 20-year production run. The DS came in third in the 1999 Car of the Century competition, recognizing the world’s most influential auto designs, and was named the most beautiful car of all time by Classic & Sports Car magazine

After 18 years of development in secret as the successor to the venerable Traction Avant, the DS 19 was introduced on 5 October 1955 at the Paris Motor Show. The car’s appearance and innovative engineering captured the imagination of the public and the automobile industry almost overnight. In the first 15 minutes of the show 743 orders were taken, and orders for the first day totalled 12,000. 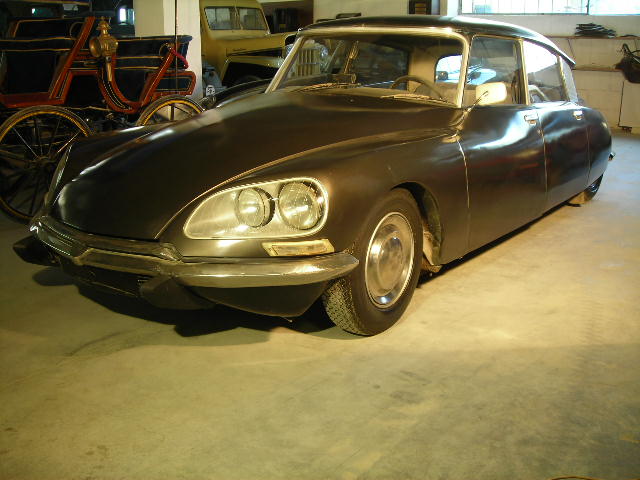 Without a doubt, it is the nicest french car ever produced. It still looks as futuristic as it did in the 50s. The mechanic’s nightmare. They say that you need to be a plumber to repair this car.Captain Joe being a mechanic as well as a plumber, does not have any problem.    I simply love it !

All the “chrome” pieces inluding the bumpers are stainless steel. They still have their original shine, 50 years later! I have noticed that the majority of the french cars use stainless steel, which is very good news. The chrome plating of the british cars may have a better shine, but it does not last for ever…

The museum owns two of those. The other one is maroon.