The Daimler DS420, popularly known as the Daimler Limousine, is a large limousine produced by Daimler Motor Company between 1968 and 1992. The vehicles are used extensively as official state cars in several countries, including by the British and Danish Royal Families. The car is also commonly used in the funeral and hotel trades. 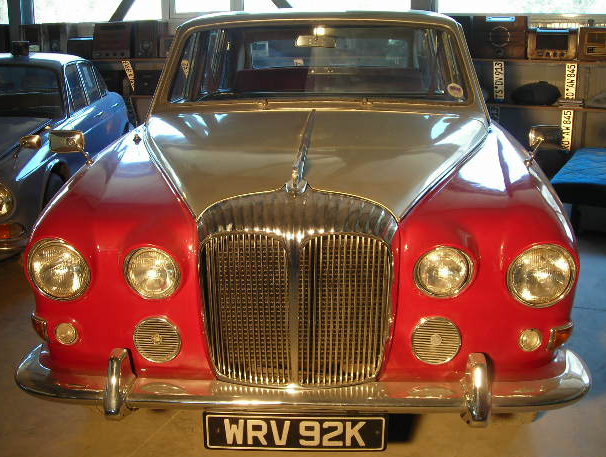 The Limousine was based on the floorpan of Jaguar’s 420G flagship, but with a wheelbase extended an extra 21 in (533.4 mm). The frontal styling was similar to the original Daimler Sovereign, with the Jaguar four-headlight treatment first seen on the Mark X mated to a Daimler radiator grill bearing the traditional fluting. Jaguar Mark X underpinnings were also apparent from the twin ten gallon fuel tanks set in each of the rear wings, each with it own electric SU pump selected by a dashboard mounted switch.

The driver sat on a full width bench seat in a relatively upright position which was said to make length-wise adjustment for different sizes of driver unnecessary, although there was 2.75 in (7 cm) of telescopic adjustment available on the low-set steering wheel.

The passengers sat on a bench-seat behind the glass division in opulent comfort – the DS420’s rear seat spanning over 6 feet (1.8 m) in width. The dimensions of the vehicle are the same as those of the Rolls-Royce Phantom VI with which the limousine was designed to compete, although the Daimler significantly undercut the Rolls-Royce on price. 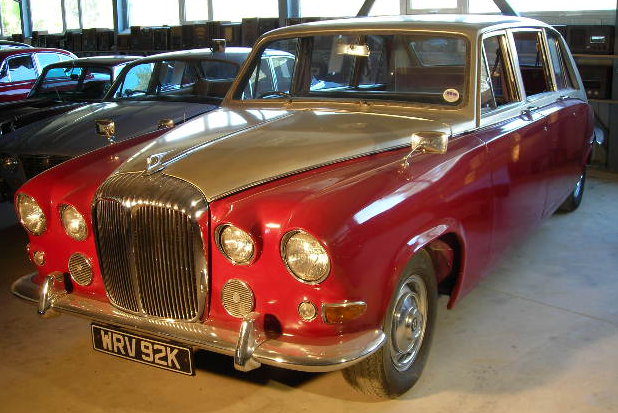 The top speed available from this 245 bhp (183 kW), three speed automatic, independently suspended, four wheel disc braked Daimler limousine was 110 mph (176 km/h). Undercutting the Phantom VI in price by 50% or more, the big Daimler was considered to be a fine vehicle for the cost with its Le Mans winning

Jaguar engine, the last car to use it, and bespoke construction.

The Daimler DS420 is widely used among the funeral trade, serving as both the executive car for grieving relatives and the hearse for the deceased, after customization to fit funeral needs. It is also seen in official use across the world, including by the Danish Royal House (see external links) and the Governor of Tasmania. The vehicle was also purchased by many local authorities and embassies. The Inter-Continental Hotel, Hong Kong, formerly The Regent Hotel has been said to have purchased twenty-two Daimler DS420s across the years. 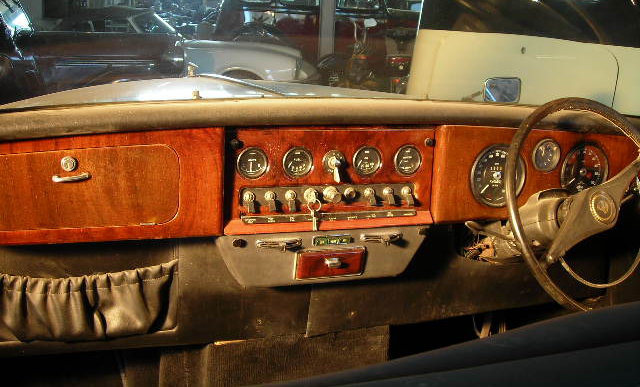 Elizabeth, The Queen Mother and HRH Princess Margaret in 2002.

The Royal Family of Denmark, in addition to many other prestigious vehicles, have three Daimler DS420s.