Hillman 14 . This 1938 car must be quite rare, because I cannot find information for it. The engine is a 4 cylinder, side-valve one, with capacity of 1701 c.c. The carburetor is equiped with automatic choke ! 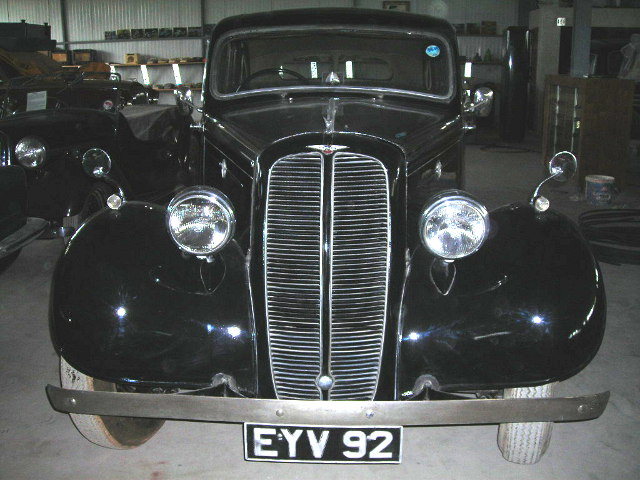 in production until 1930. Some cars were still being sold new into 1931. During this time it was the main product of the company.

In the early 1920s Hillman had concentrated on smaller cars with the 10 and 11 hp models but with the 14 they entered the larger sized class taking on theAustin 12 hp and Humber 14/40. The new Hillman was priced at £345 for the saloon, undercutting the Austin which sold for £455, it was advertised as “the car that costs less than it should”. The engineering was largely conventional with a long stroke, monobloc, side valve 1954 cc, four cylinder engine built in-unit with a four speed gearbox and spiral bevel geared rear axle. Four wheel, cable operated, drum brakes were fitted from the start

but unusually a vacuum servo was an option. The handbrake had its own set of shoes on the rear brakes. The steel section chassis had semi elliptic leaf springs all round.

In a test by The Autocar magazine, the top speed was around 55 mph and fuel consumption 23-24 mpg.

A range of bodies were offered including saloons and tourers. A V-windscreened landaulette was advertised in 1927. The cars were well fitted out and spacious, with a right hand gear change by the driver’s door, a feature regarded as up-market at the time. Safety glass was fitted in the windows

of the 1928 Safety Saloon. Wire spoked or artillery wheels could be specified.

A range of improvements were introduced in 1928 when the wheelbase was lengthened by 2 in (51 mm). Safety glass was fitted in the windows of the 1928 Safety Saloon and a Segrave 2-door coupé and fabric bodied saloon joined the range. The artillery wheel option was dropped. Dipping headlights were a new

feature and separate front seats replaced the bench seat previously fitted. There were also changes to the mudguards and running boards.

For 1929 there were major changes to the chassis with improved ground clearance and an increase in the track from 52 in (1,300 mm) to 56 in (1,400 mm). Externally a new radiator appeared and larger headlamps. The body range was rationalised to a standard saloon, fabric saloon, Segrave coupé, tourer and Husky fabric bodied sports tourer, the latter name being resurrected in the 1950s for a small utility vehicle. 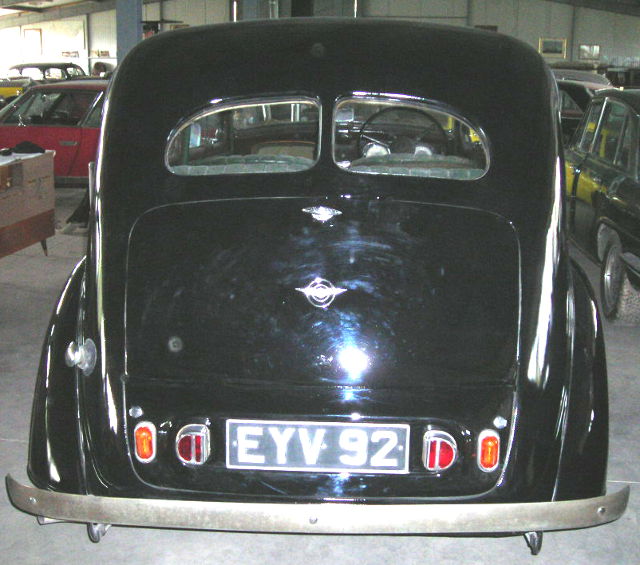