in love with this car. He’s been waiting for a test drive, for the past 10 years ! 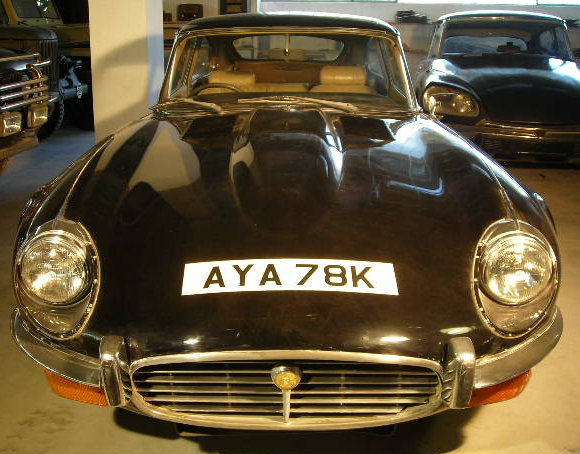 5.3 L 12-cylinder Jaguar V12 engine was introduced, with uprated brakes and standard power steering. The short wheelbase FHC body style was discontinued and the V12 was available only as a convertible and 2+2 coupé. The convertible used the longer-wheelbase 2+2 floorpan. It is easily identifiable by the aggressive, slatted front grille in place of the mouth of earlier cars, flared wheel arches and a badge on the rear that proclaims it to be a V12. There were also a very limited number of 4.2 litre six-cylinder Series 3 E-Types built. These were featured in the initial sales literature. It is believed these are the rarest of all E-Types of any remaining. 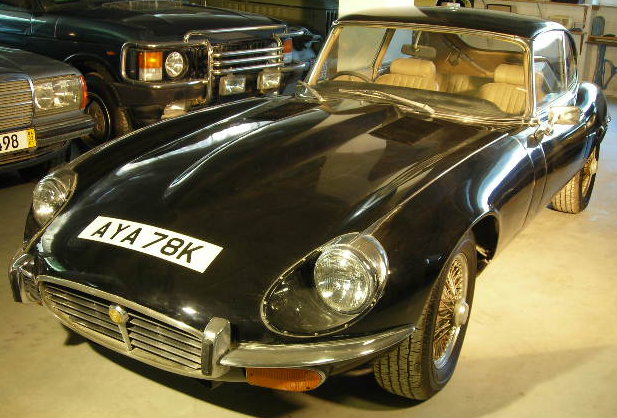 The E-Type was initially designed and shown to the public as a grand tourerin two seater coupé form (FHC or Fixed Head Coupé) and as convertible (OTS or Open Two Seater). The 2+2 version with a lengthened wheelbase was released several years later.. 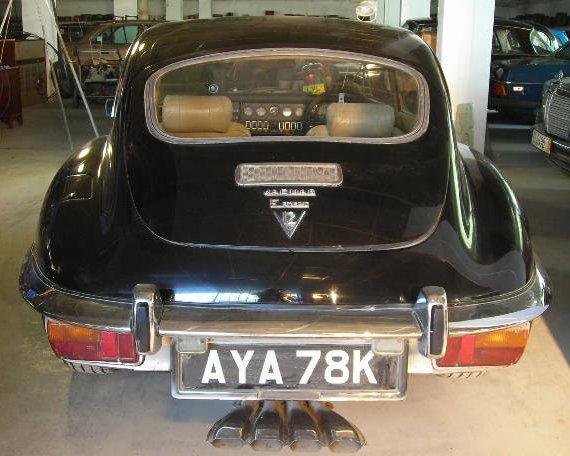 Even the back is impressive !