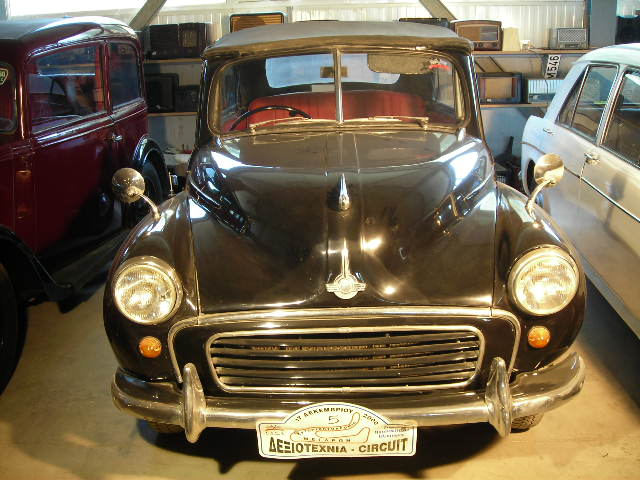 The Morris Minor was a popular British motor car aimed at the family market. It was the work of a team led by Alec Issigonis, who would go on to design (and be knighted for) the successful Mini. The Minor was launched at the Earls Court Motor Show, London, on 20 September 1948. The prototype had been known as the Morris Mosquito, and some later models were called Morris Minor 1000. It should not be confused with the earlier Morris Minor of 1928.

At launch there were several variants, including the standard 2-door and 4-door saloon, and a convertible. The wood-framed estate called the Traveller, plus a panel van and a pick-up truck version were introduced later with the Series II upgrades

. The Traveller was very popular, and remained in production until 1971, a year after the saloon had been discontinued.

According to one author, the car has frequently been described by writers as typifying “Englishness.” 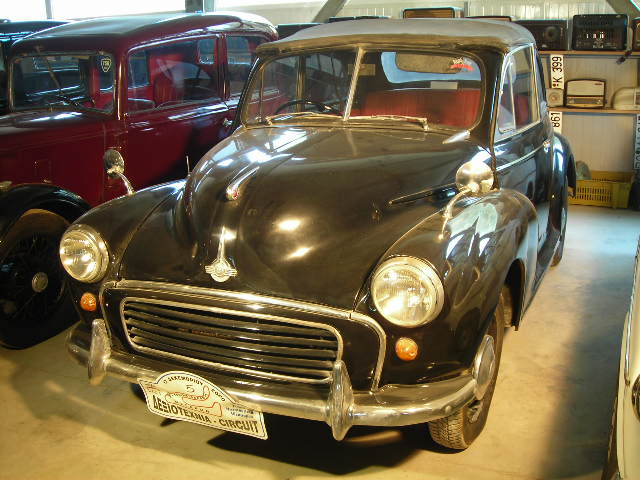 The car was again updated in 1956 when the engine was increased in capacity to 0.9 L (948 cc/57 in³). The two-piece split windscreen was replaced with a curved one-piece one and the rear window enlarged. In 1961 the semaphore-style trafficators were replaced by the more modern flashing direction indicatorsthen becoming the norm for the UK market. An upmarket car based on the Minor floorpan but with largerBMC B-Series engine was sold as the Riley One-Point-Five/Wolseley 1500 beginning in 1957: a version, with tail fins added, of this Wolseley / Riley variant was also produced in Australia as the Morris Major. 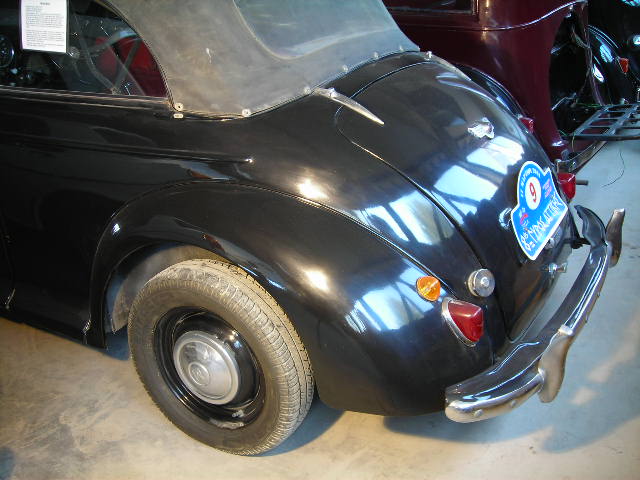 In 1961 the Morris Minor became the first British car to sell over 1,000,000 units. To commemorate this event, a limited edition of 350 two-door saloons were produced with distinctive lilac paintwork and a white interior. Also the badge name on the side of the bonnet was modified to read “Minor 1,000,000” instead of the standard “Minor 1000”.

Van versions were popular with the British Post Office, and some of these had front wings made of rubber, in order to cope with the sometimes unforgiving busy situations in which they were expected to work. 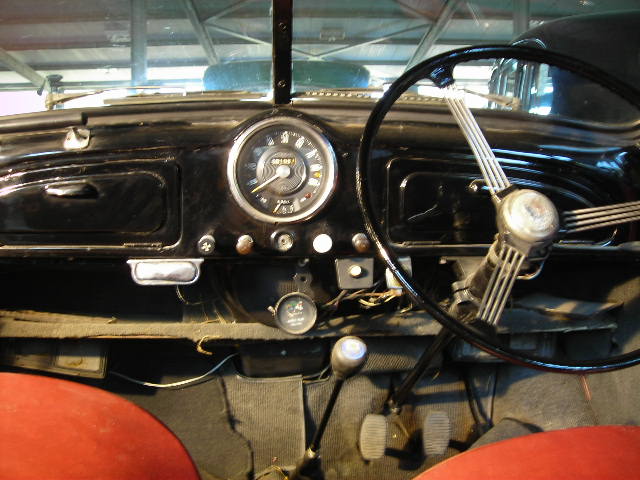 During the life of the 1000 model, the car began to seem dated, and production declined. The Tourer was deleted in 1969, with the saloon line gone the next year. 1971 was the last year for the Traveller and commercial versions. Nearly 850,000 Minor 1000s were made in all. The car was officially replaced by the Morris Marina, which replaced it on the Cowley production lines, but for the management of what had, by 1971, mutated into the British Leyland Motor Corporation, the Morris Marina was seen primarily as a ‘cheap to build’ competitor to Ford’s top selling (and in many respects conservatively engineered) Cortina, rather than as a replacement for the (in its day) strikingly innovative Morris Minor.