The Peugeot 403 is a car produced by French automobile manufacturer Peugeot from 1955 to 1966. 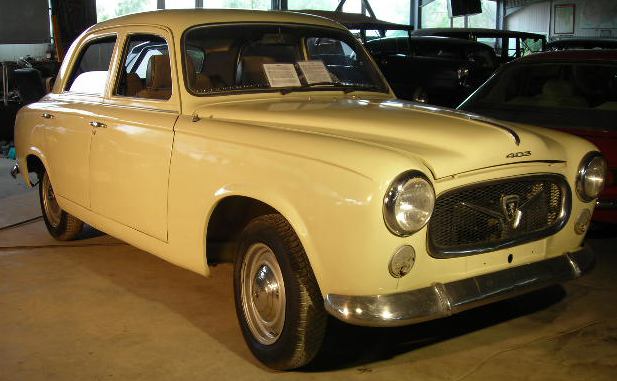 A diesel powered Peugeot 403 estate was introduced in the Autumn of 1958, the first of a long line, followed by a diesel saloon a year later. Upon the 203’s discontinuation in 1960, it’s 1.3 litre powerplant became available as an option on the 403.

The six-seat 403 had a solid rear axle fitted to an aluminum differential case. It came with a manual column shift and fully reclinable front seats. Sunroof and steel belted radial tires were standard. Reliability was considered excellent for the time.

Here is another good car of the 50s.

Discovered by the honorary president of the museum, Andreas Gavrilis, in his old neibourhood! Well made and almost indestructible.

One unrestored 403 is available for sale. Mechanically it is good, as far as I can remember. Price 300 Euros