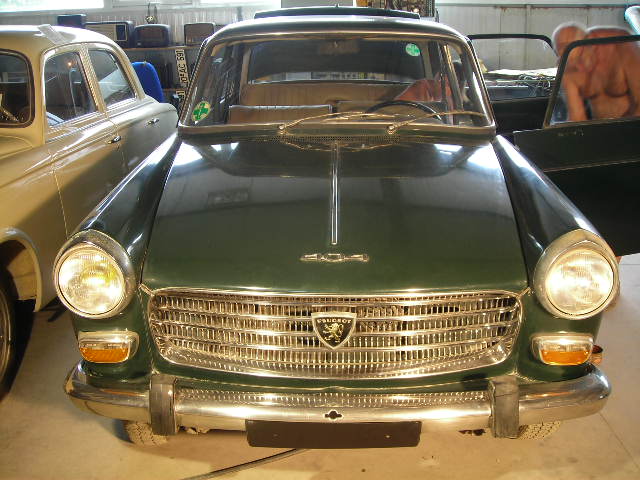 The Peugeot 404 is a large family car produced by French automobile manufacturer Peugeot from 1960 to 1975, with the exception of the truck which was sold until 1988. It was also made under license in various African countries until 1991 (in Kenya).

Designed by Pininfarina, the 404 was offered initially as a sedan, estate, and pickup. A convertible was added in 1962, and a coupι in 1963. The 404 was fitted with a 1.6 L petrol engine, with either a Solex carburetor or Kugelfischer mechanical fuel injection or a 1.9 L diesel engine available as options. Introduced at the Paris Motor Show as an option was the inclusion of a 3-speed ZF automatic transmission, similar to the unit already offered on certain BMW models, as an alternative to the standard column-mounted manual unit. 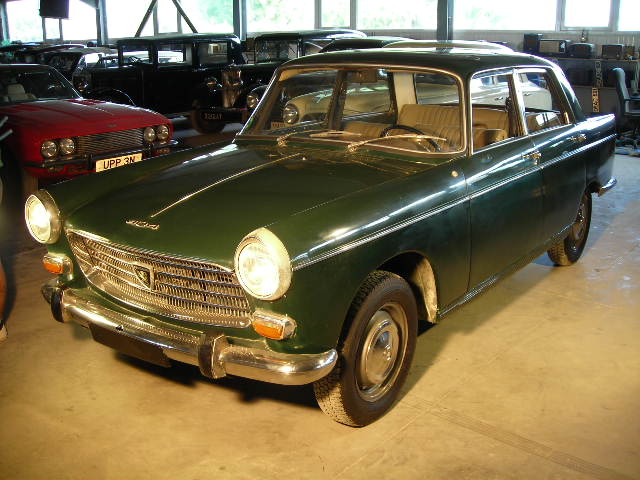 Popular as a taxicab, the 404 enjoyed a reputation for durability and value. Peugeot’s French production run of 1,847,568 404s ended in 1975. Still relatively common in developing nations (especially in pickup form), an additional 2,885,374 units were produced under license until 1988.

This one, as well as the Volvo 122 are the two best

medium size cars of the 60s. Built to last for ever, almost indestructible! Still being used in Africa.

I have noticed that almost all the French cars of that era, have stainless steel bumpers.

The story of buying it : The honorary president of the museum, Andreas Gavrilis, traced this car in his neighbourhood of Athens and made all the arrangements for the transaction. When I telephoned the owner Doctor Kopas, he asked me how much I would offer, and I replied 100000 GRD and if it has no rust, I will give a 25% bonus

, and made arrangements to meet next Friday morning at 9:00. I got there at 8:30, checked it, found no rust, and started to prepare a receipt for 125000 GRD. When the Doctor came to the car at 9 a.m., saw the receipt and told me: I am very pleased to receive the same amount of money

, as I spent to buy it! Initially, I could not figure out what he meant. I thought that he bought it second hand, a couple of years earlier, for this same amount. 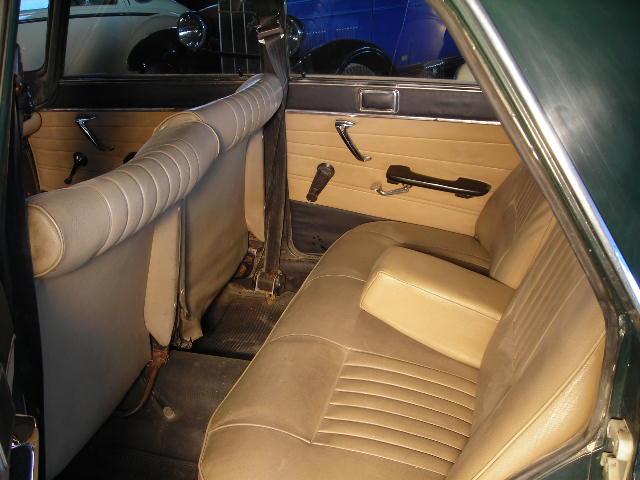 But NO! He explained after asking him, that he bought it new for 125000 drachmas in 1964 ! Needles to point out, that with an amount like that, you could buy an apartment in those days! 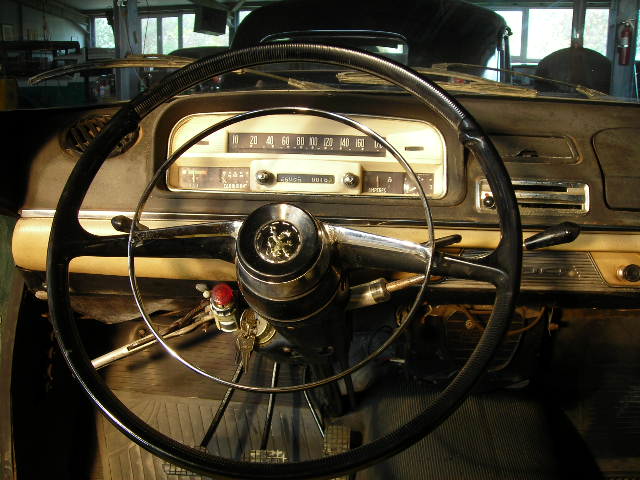 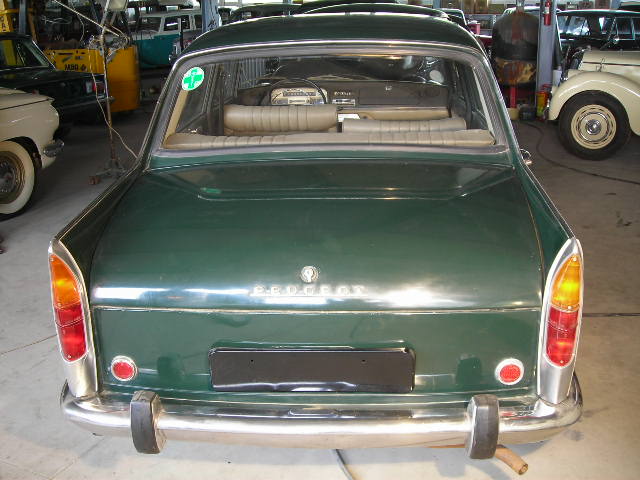 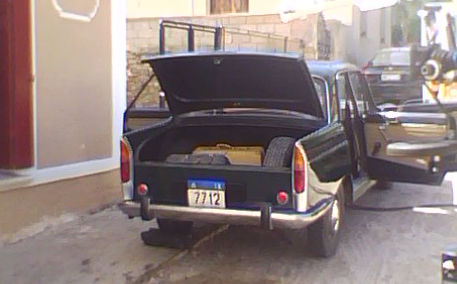