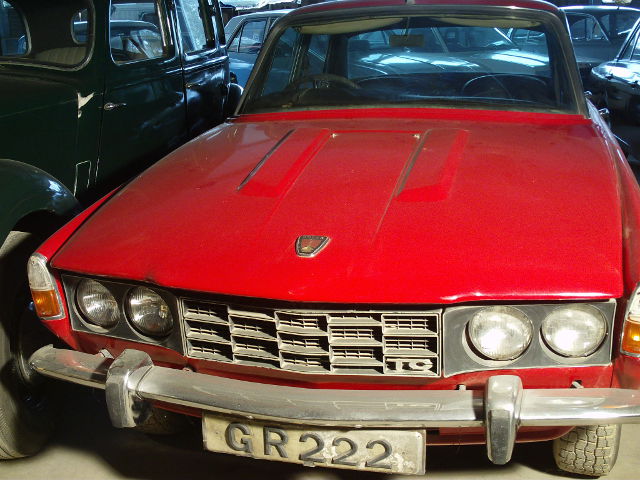 This Rover 2000 TC came from Cyprus, and it is LHD. The museum had to buy it twice, because the bloody GR customs confiscated it from the previous doctor owner, who came from Cyprus!

The P6 was sixth and the last of the ‘P’ designated Rover designs to reach production. The vehicle was marketed first as the Rover 2000 and was a complete ‘clean sheet’ design intended to appeal to a larger number of buyers than earlier models such as the P4 it replaced. The P5 was sold alongside the P6 until 1972.

The first P6 used a 2.0 L (1978 cc/120 in³) engine designed specifically for the P6. Although it was announced only in the Fall / Autumn of 1963, the car had by then been in “pilot production” since the Spring, so deliveries were able to begin immediately.[1] Original output was in the order of 104 bhp (78 kW). At the time the engine was unusual in having an overhead camshaft layout. The cylinder head had a perfectly flat surface, and the combustion chambers were cast into the piston crowns (sometimes known as a Heron head). 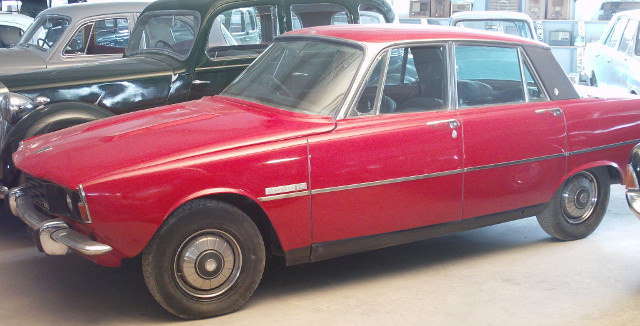 Rover later developed a derivative of the engine by fitting twin SU carburettors and a re-designed top end and marketed the revised specification vehicles as the 2000TC. The 2000TC was launched in March 1966 for export markets in North America and continental Europe. Limited availability of the redesigned induction manifold needed for the twin carburetter engine was given as one reason for restricting the 2000TC to overseas sales. The manufacturers also stated pointedly that the UK’s recently introduced blanket 70 mph (113 km/h) speed limit would make the extra speed of the new car superfluous on the domestic market. Fortunately for performance oriented UK buyers, supplies of the redesigned inlet manifold must have improved and the company relented in time for the London Motor Show in October 1966 when the 2000 TC beame available for the UK market. The 2000 TC prototypes had run in the Rally of Great Britain as part of their test programme. It featured a bigger starter motor and rev counter as standard and was identifiable by TC initials on the bodywork. The power output of the 2000TC engine was around 124 bhp (92 kW). The standard specification engines continued in production in vehicles designated as 2000SC models. These featured the original single SU. 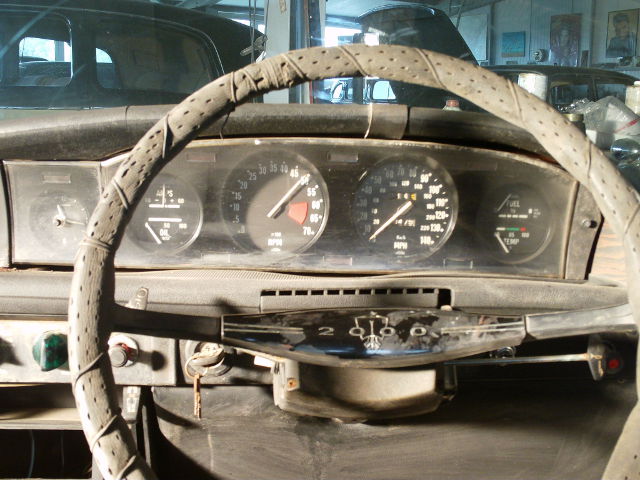 Very pleasant to drive it. Plain dashboard with oil presure gauge and tachometer. 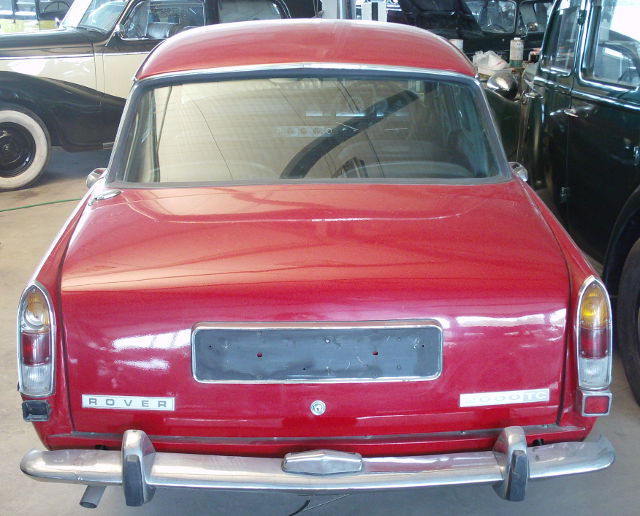 The P6 was sixth and the last of the “P” designated Rover designs to reach production. The vehicle was marketed first as the Rover 2000 and was a complete “clean sheet” design intended to appeal to a larger number of buyers than earlier models such as the P4 it replaced. The P5 was sold alongside the P6 until 1973.

The 2000 was advanced for the time with a de Dion tube suspension at the rear, four-wheel disc brakes (inboard on the rear), and a fully synchromesh transmission. The unibody design featured non-stressed panels bolted to a unit frame, inspired by the Citroën DS.The de Dion set up was unique in that the “tube” was in two parts that could telescope but not rotate, thereby avoiding the need for sliding splines in the drive shafts, with consequent stiction under drive or braking torque, while still keeping the wheels vertical and parallel in relation to the body.

The Rover 2000 won industry awards for safety when it was introduced. The car featured all-round seat belts and a carefully designed “safety” interior. One innovative feature was the prism of glass on the top of the front side lights. This allowed the driver to see the front corner of the car in low light conditions.

One unique feature of the Rover 2000 was the unusual design of the front suspension system, in which a rocker (an L-shaped rotating bracket trailing the upper hub carrier joint) conveyed the vertical motion of the wheels to fore-and-aft-horizontally-mounted springs fastened to the rear wall of the engine compartment. A single hydraulically dampened arm was mounted on the firewall for the steering.The front suspension was designed to allow as much width for the engine compartment as possible so that Rover’s Gas Turbine engine could be fitted. In the event, the engine was never used for the production vehicle, but the engine compartment width helped the accommodation of the V8 engine adopted years after the car’s initial launch for the 2000.

The luggage compartment was limited in terms of usable space, because of the “base unit” construction, complex rear suspension and, in series II vehicles, the battery location. Lack of luggage space (and hence the need to re-locate the spare tyre) led to innovative options for spare tyre provision including boot lid mountings and optional run-flat technology.

The car’s primary competitor on the domestic UK market was the Triumph 2000, also released in October 1963, just one week after the Rover. In continental Europe the Rover 2000 contended in the same sector as the Citroen DS which, like the initial Rover offering, was offered only with a four-cylinder engine – a deficiency which in the Rover was resolved, four years after its launch, when Rover’s compact V8 was engineered to fit into the engine bay. The Rover 2000 interior was never as spacious as those of its Triumph and Citroen rivals, especially in the back, where its sculpted two-person rear seat implied that Rover customers wishing to accommodate three in the back of a Rover should opt for the larger and older Rover 3 Litre.