1974 Jensen Interceptor MK3. The prettiest british car of the 70s! 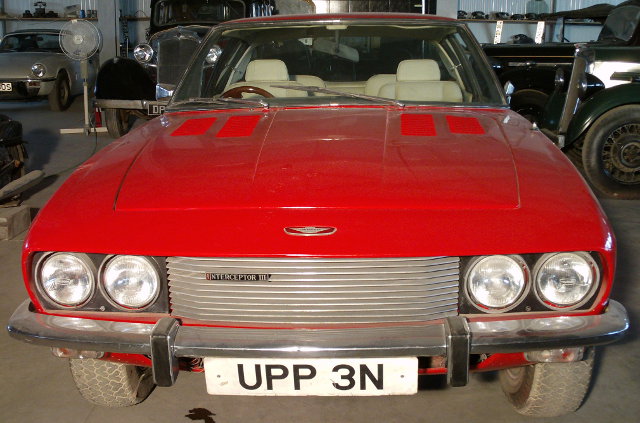 Made in 1974. Without a doubt this is the nicest British car of the 70s. Beautiful all around !

If you grew up in the 1970s then you – or someone you know – has probably always dreamt of driving a Jensen Interceptor. It’s that sort of classic car. In which case a classic car hire gift voucher could be the ideal present. Our high quality, stylish gift vouchers are totally flexible and let you choose the value or choose the classic car and reserve a particular date up to 12 months in advance. Or you can leave the car and date flexible and let the recipient choose.

With four seats, a large boot and powerful V8 engine, at its launch in 1966 the Interceptor was ideal for long-distance travel and continental touring. It found an immediate niche amongst businessmen and celebrities who wanted an alternative to a Rolls Royce or Aston Martin. It provided wheels for The Saint too – visit www.lesliecharteris.com for details. But by 1976 when Jensen closed its doors for good, the world had changed dramatically and the Interceptor was an anachronism. 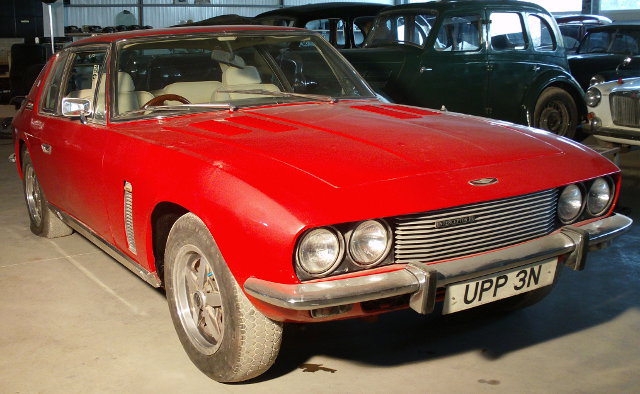 Today the Jensen Interceptor has reached iconic status, not least thanks to its gorgeous styling – defined by its massive rear hatchback – and tremendous 7.2 litre engine.

The Jensen Interceptor was a sporting GT-class car hand-built in the United Kingdom by Jensen Motors between 1966 and 1976. The Interceptor name had been used previously by Jensen for an earlier car made between 1950 and 1957. The car broke with Jensen tradition by having a steel bodyshell instead of glass-reinforced plastic and by having the body designed by an outside firm, Carrozzeria Touring of Italy, rather than the in-house staff. The early bodies were Italian-built, by Vignale, before production by Jensen themselves began – with subtle body modifications – in West Bromwich.

The engine was a Chrysler V8 initially of 6276 cc (383 c.i.) with optional manual (Mark I, only 22 built) or TorqueFlite automatic transmissions driving the rear wheels through a limited slip differential in a conventional Salisbury rear axle. The engine grew to 7212 cc (440 c.i.) in late 1971 with 4-bbl carburation. The SP (Six-Pack) model of 1971–73 offered 3×2-bbl carburation; only 232 were built and had the distinction of being the most powerful car ever to have been made by Jensen (390 hp (290 kW)).

The Interceptor took its styling cues from the Brasinca Uirapuru, with a distinctive large, curving wrap-around rear window that doubled as a tailgate. The original specification included electric windows, reclining front seats, a wood rimmed steering wheel, radio with twin speakers, reversing lights and an electric clock. Power steering was included as standard from September 1968.

The Mark II was announced in October 1969, revised frontal styling and vented disc brakes. The Mark III of 1971 had revised seats, fully-cast alloy wheels plus some other improvements. The Mark III was divided to G-, H-, J-series and ‘S4-series’, depending on the production years. The ‘S4-series’ version of Interceptor III was the most luxurious Jensen built. 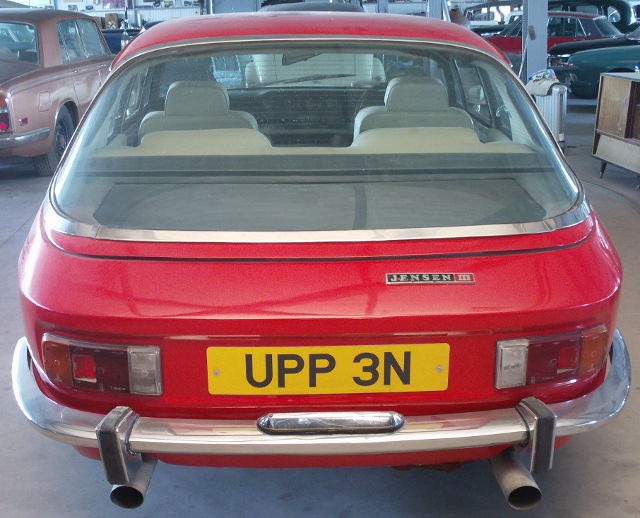 Here is the most impressive & magnificent rear hatchback. Sheer beauty!