The power generating plant of the museum. 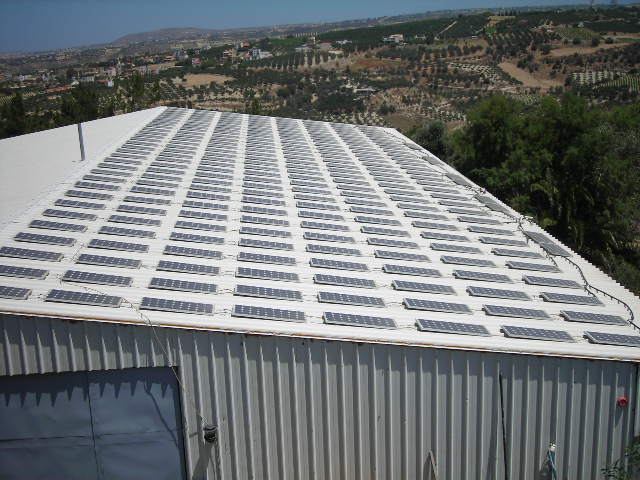 250 photovoltaic panels of 80 Watts rating, on the south roof of the museum. Total maximum output is 20 kW. It supplies with power the Museum, Radio Caroline 2, and two houses. 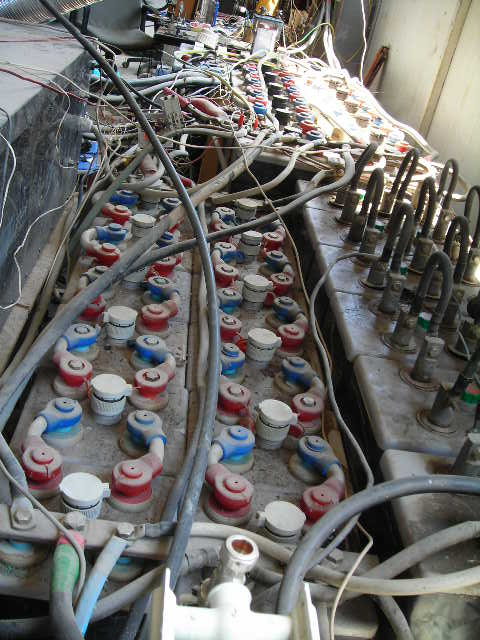 120 kWh of energy is stored in the above batteries. Once a year the level of the electrolyte must be checked. The old batteries shoud be checked more frequently.

This is a 15 kW (continuous) inverter made by Mike and guaranteed for 200 years! He has used extremely hight power mosFets that are underworking. Therefore, the fatigue is insignificant. 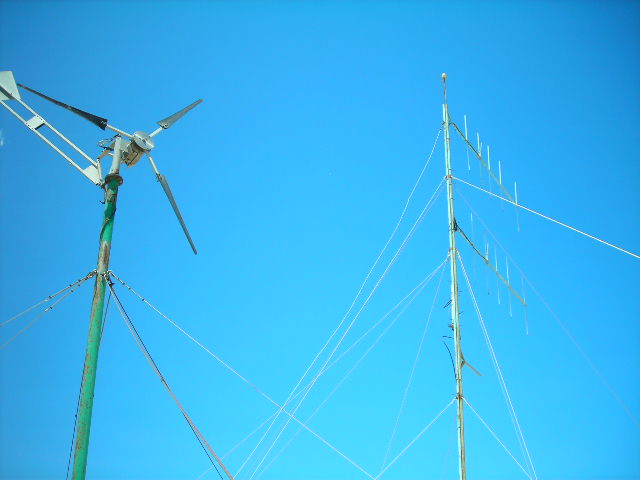 One of the wind turbines with maximum output of 1 kW. It’s contribution to the system is about 2% ! I have installed 6 wind turbines during the past 20 years. What I realize now, having repaired them more than 30 times, is that they are not worth the trouble. The southern wind has some terrible gusts over here during March and April, that it’s lucky to pass a year without a serious damage, frequently on the blades. It is so much better to spend a little more and install a bigger photo-voltaic park. Those panels, once you install them, you forget their existence! The only time I was pleased to have wind turbines, was during the long cloudy periods of the wintertime. The maximum period I could pass without reducing the power of the transmitter is 4.5 days. The stored energy of 120 kWh, may be enough for a week, if I reduce by 50% the power of the transmitter. The longest period without sunshine we’ve had over here, so far, was 5 consecutive days. 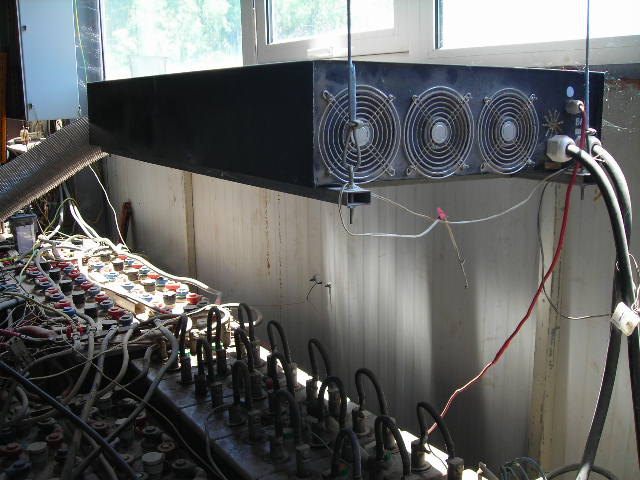 The regulator that you see controls half of the output from the photovoltaic panels. Its purpose is to ensure that the batteries are not overcharged.

It is, also, made by Mike and it gives a steady output that can be adjusted. During the winter I set it at 14.2 Volts and during the rest of the time, I set it at 13.7 Volts. The switching is done at a very high frequency of 80 kHz, because according to Mike maximum efficiency is obtained, like that. He claims that the efficiency is 99.3% at 10 kW.

The other 10 kW that come down from the roof are controlled by 8 high power MosFets, with d.c. switching that I made myself. I have the feeling that my controller has higher efficiency than Mike’s, because it does not get as hot.